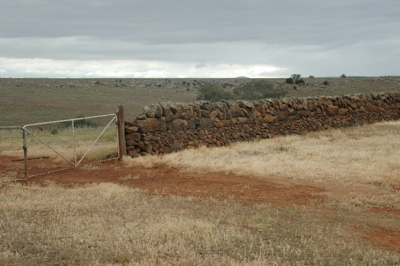 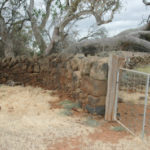 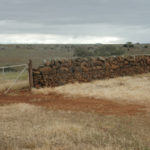 Our final event for 2018 will be a guided field trip and end-of-year dinner in and around Melton on Melbourne’s fast-growing western fringe.

European settlement in the area goes back to the 1840s when large tracts of land were selected for sheep runs.  Boundaries were marked by a network of dry stone walls, the stone readily sourced from the plentiful bounty of the former volcanoes in the area.

We will be taken on a guided tour commencing at the historic property ‘The Willows’ in Melton, then visiting two of the oldest properties in the district, viewing some of the best examples of the diverse styles of dry stone walls, enjoying an afternoon tea and walking up the low sprawling cone of Mt Cottrell.

The tour will conclude at the award-winning Galli Winery and Restaurant for dinner, highlighted by a talk from a guest speaker.

Pinewood (Blackhill Road, Toolern Vale) is significant as a predominantly intact nineteenth century farm complex associated with the pioneer pastoralist John Beaty, son John and descendents.  The 1876 bluestone homestead is a predominantly intact example of a Victorian style and one of few surviving Victorian styled homesteads constructed in bluestone in the Melton Shire.  The property also contains some notable plantings, including old Pinus radiata, hawthorn plantings and an old pear tree, and in particular a very old ‘Canary Island Pine’ tree.

The fee for the tour, afternoon tea and dinner is $75 per person (drinks not included).

For just the tour and afternoon tea the fee is $25.