a: Park Road, Camperdown, Vic 3260  m: 0407 832 227   e: atstonecraft@gmail.com
experience/main projects:  Alistair began walling in 1996 under the instruction of local western Victorian waller, Bill Harlock. In 2000 he travelled to Scotland and spent 6 months working with Mastercraftsman, Neil Rippingale. He has taken commissions for construction and repair of many walls throughout Victoria and NSW. He built a feature wall at Scienceworks Museum.  As well as ongoing repairs to the historic walls of the western district, Alistair’s work also includes sculptural pieces in private gardens and gateways, sculptures and feature walls in public areas.  See ‘Tri-Spheres’ below, constructed from Castlemaine slate (see also Sculpture page).

Along with David Long, Alistair built the stonework in Australia’s entry in the Chelsea Flower Show in 2013 which won best-in-show award – a first for Australia.  Alistair has also conducted many workshops in dry stone walling for the DSWAA. 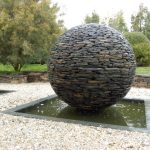 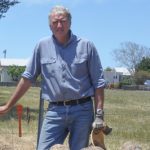 experience/main projects:  Working initially in the areas of landscaping and garden design, David developed a unique style and approach to stone construction and rock art. This caught the eye of the International Specialised Skills Institute who awarded David a Fellowship in Dry Stone Walling in 2002.  Since then David’s sculptural work has featured at the entrances to Melbourne’s esteemed Eureka Tower and in 2007 was recognised with first prize at the Inaugural Annual Lorne Sculpture Exhibition. In 1999 he built Australia’s largest freestanding dry stone wall construction on the Mornington Peninsula.

David, along with Alistair Tune built the stonework for the ‘Trailfinders Australian Garden’ exhibit designed by Phillip Johnson which was awarded a gold medal for ‘best in show’ at the 2013 Chelsea Flower Show – a first for Australia. David has conducted many training workshops for the DSWAA. 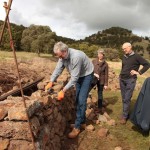 experience/main projects:  over 30 years experience building dry walls in the UK and Australia. Have worked with slate in Wales, sandstone in surrey and different Granites and slate in and around Melbourne and North Central Victoria. Examples of my walling can be seen on my website and abben art facebook.

willing to travel: Mornington Peninsula, Victoria primarily, but will do anywhere if costs are covered.

qualifications/training: Trained as a building conservator in UK

refs:  Many can be provided depending on type

willing to travel:  I work around the Daylesford region. May travel for significant projects. 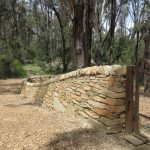 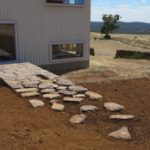 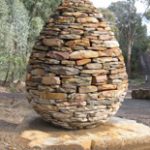 Dave’s Stonework & Landscaping Pty Ltd
a: 5 Matilda Avenue, Wollert, Vic 3750  m: 0419 961 602  e: admin@davesstoneworx.com.au   http://www.davesstoneworx.com.au
Cert III Bricklaying
feature walls, bookleaf
I have been working as a stonemason for approximately 6 years. I recently obtained my Certificate III in Bricklaying through RPL at the Trade Institute of Victoria.  I had not worked with bricks up until then. I have been solely working with rock. I have completed many projects over the years including dry stone work.
I work throughout Victoria. 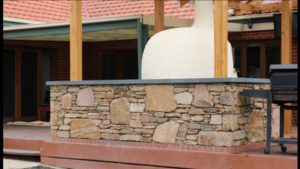 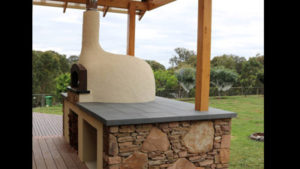 Members are very important to the DSWAA.  The Committee of Management is answerable to … END_OF_DOCUMENT_TOKEN_TO_BE_REPLACED

There's a waller in every one of us!  Written by Bruce Munday for DSWAA, Building dry-stone walls - A guide for … END_OF_DOCUMENT_TOKEN_TO_BE_REPLACED

For general inquiries use this form or email us: … END_OF_DOCUMENT_TOKEN_TO_BE_REPLACED

The DSWAA offers sets of greeting cards for sale. … END_OF_DOCUMENT_TOKEN_TO_BE_REPLACED